Over the years, family life has evolved.

There were the years of living in rural areas which saw family farming, each family producing its own food. Mothers cooked and cared for the home while fathers took charge of the farm and provided for the home.

Then came the days of urban migration. Migrants would come home looking all nicely dressed and fatter than they left their rural homes. Indicating healthy and better living in urban areas. Of course, succeeding in luring other members of neighboring families. Soon there was a representative of each family in the urban area also coming back to tell stories of the better lives they experienced in the cities and equally succeeding in taking other members back to cities.

Fathers began seeking a better living for their families. They joined the trend. Mothers won’t hear that their husbands lived alone and so joined the movement in search of a better life.

As we know, the city with well-constructed roads, better electricity, easy to access water supply, and yes! Technology won’t be all rosy. There was a price to pay. City life was expensive. Fathers could no longer cope with being the sole provider of the home, mothers joined the wagon.

There was not enough time anymore to farm. No time for each family to produce their own food but of course life is made easy in the city, so there are the markets and supermarkets providing food items both natural and artificial and with a positive and negative health impact. 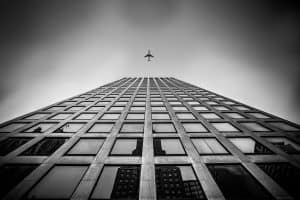 Urban migration increases, people move from rural areas in search of ‘something’ better. The cities begin to get crowded. Of course, it comes with human traffic resulting in competition. We begin to compete for houses. Compete for schools. Compete for transportation. Compete for jobs, and the list goes on.

Prices become high. So high that parents would now have to add a ‘side hustle’ while working. Resulting in lesser amounts of time spent at home with family.

The little ones who aren’t work ripe, are kept home with nannies. Nannies begin to take on the role of the parents. The parents, guilty of the gaps they have left, seek means to keep the children happy. Gadgets are resorted to. Children begin getting more exposed to external influences.

The children begin to get very acquainted with city life. They take charge- They have their way, as Parents resume bowing to their every need because of course, such parents need to replace their inadequacy (absence) with anything to make the unattended role feel attended to. Gradually, society begins to influence family life. The family bond starts to get loosened up and the once upheld family values and principles are pushed aside. Focus now on the ‘money’.

Something has to be the reason for this relegation of family principles. We push it to the fact that we need to provide a better life for the children or as we commonly express, “to secure the children’s future”.

The once upheld role of “mother cares and father provides” slips off and is replaced with the term, “Gender Equality” because of course, the two parties do the providing. It will only be unfair to have both parents tired after work but one parent still has to ensure food is ready and served.

Then we head unto the next level where everyone resumes the struggle to exist. So there come all sorts of rights and the fight to uphold such rights.

The home is relegated. Family life is deemphasized. Family values are thrown away. Family principles are buried.

The family unit, the foundation of every society begins to break down. The society suffers. The world suffers. The earth weeps!!!

Professionally and Personally – Daisy brings out the best in others and gives the best she has. By nature, she listens without judgment, sees and nurtures positive perspectives and enables others to do the same for themselves. She readily picks up on opportunities to be playful and creates an energizing chemistry that elicits smiles. Her challenging journey as a parent, guiding four children through their difficult transitions, has proven to be an extremely powerful source of hope, compassion and insight for clients as well as friends.

Open
Our children are not ours. They are beings who cam

Open
Should I Unravel this Beast before we confront it?

Open
Lets take it, one after another. My viewpoint: “

Open
Dear Parents, What do you think? Of course I have

Open
Did I show you this? I’m Daisy, and I do not gi

Open
CONFRONTING THE PARENTING BEAST... As parents, we

Open
What I was up to two nights ago. It was nice discu

Open
My first will say- advice Second will say- listen

Open
Unburden as the name suggests is a meeting where p

Open
Look who I found under my office table this mornin

Open
During our just concluded Bootcamp, one of the fre

Open
Who has been coached by Daisy? Can you help respon

Open
So they won’t let me shut the group down. They p

Open
The beauty of life... We learn to care for our age

Open
They held me hostage! We are having to put their F

Open
Many times, when I do a post on the vocational tra

Open
Dearest Yelling and Spanking Expert... If you woul