Hemorrhoids are an uncomfortable medical condition that most of us think is more likely to affect the elderly. However, that doesn’t mean we should rule it out at an earlier age, and that includes in children who can also suffer from hemorrhoids and who might find the experience particularly traumatizing and upsetting.

Hemorrhoids, also known as piles, are swollen and inflamed veins in the anus and lower rectum. Hemorrhoids can be found inside and outside of the body.

There are two types of hemorrhoids: internal and external.

Internal hemorrhoids can be found inside the anus and the beginning of the rectum.  They are often small, swollen veins in the wall of the anus, but they can bulge out. 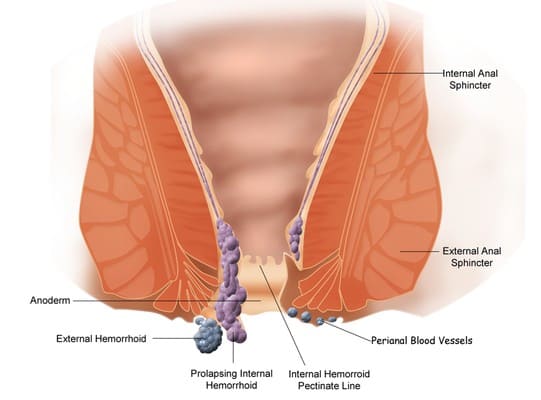 Causes of Hemorrhoids in Children

There are many things that can cause hemorrhoids in children. Such as:

General discomfort is a classic symptom. Typically, the pain and discomfort come from sitting for long periods, or during bowel movements.  Children often shy away from going to the bathroom to avoid the pain.

You should visit a doctor for proper assessment, treatment and follow up. However, as a parent, you should first understand the nature of the problem before attempting to treat. Most hemorrhoids, both internal and external, can be managed at home with care not to worsen the problem.

The treatments you can give to the child are:

Constipation and straining during bowel movements raise your risk for hemorrhoids. The following steps can help to prevent hemorrhoids from occurring and reduce symptoms of existing hemorrhoids:

What Every Parent Should Know About Self-Care via @daisyparenting

What Every Parent Should Know About Self-Care | Daisy Parenting

“It’s the fact that presently, I feel choked”, Cynthia said during one of her Parent Coaching sessio...